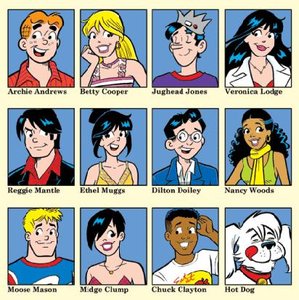 Write the first paragraph of your article here.

Parents (of the main characters)Edit

Retrieved from "https://archiecomics.fandom.com/wiki/Comic_Characters?oldid=17487"
Community content is available under CC-BY-SA unless otherwise noted.